Gordon Lightfoot: - Plans of my Own - Review 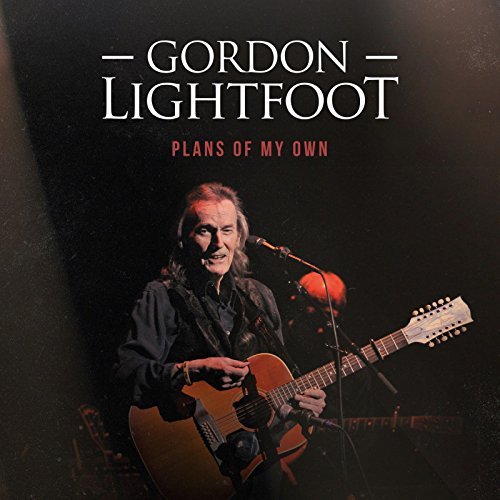 Artwork for new single, "Plans of My Own"

Listen to clip or buy song at Amazon: here. Also at iTunes here.

Gordon Lightfoot - Plans of my Own

What could be better than Gordon Lightfoot fingerpicking on his 12-string singing a never released tune?

Before we get to that answer, here's the great news. On November 18, Warner Records, Lightfoot's longtime home, releases worldwide "Plans of My Own" - the Canadian legend's first unreleased track in 12 years.

I had the privilege of hearing it this week - and it is wonderful.

It reminded me of an early Lightfoot work , "16 Miles (to seven lakes)" — which was released 50 years ago — and "Morning Glory," from the East of Midnight collection; two of my favorites.

The new tune comes amid sad news in the world, including the recent deaths of fellow Canadian legend Leonard Cohen and American musician Leon Russell.

So it is interesting that "Plans" see Lightfoot reflecting on his life with haunting lyrics, more relevant than ever.

"Every sign that I behold, as I journey onward

Tells me there are things to be set right," he starts.

But until that time, he explains, he's got "plans of my own."

Later in the song he sings: "I've got no time to waste, got to run post-haste,

All I have to show, is the smile upon my face."

It ends with the promise – "I will travel anywhere to be right where you are."

The history of the song is also fascinating. "Plans" was originally recorded in 1996 as part of the "A Painter Passing Through" sessions. Longtime Lightfoot producer Bob Doidge recently re-discovered the track while going through old tapes at his Grant Avenue Studio in Toronto, according to reports.

Even though "Plans" was not included on the album, Doidge always thought it was great song and should be rescued from the archives. He brought it to Lightfoot, who agreed, and contacted Warner, the record label that released the great award-winning albums such as "Sundown", "Cold on the Shoulder" and "Summertime Dream" - which Warner is also re-releasing on 180-gram vinyl on Nov. 25 and will include a bonus track "Betty Called Me In" (which also appears on 1999's "Songbook.")

Fans should note that "Plans" is available from digital retailers and music streaming sites.

So back to the question posed at the top.

Perhaps the only correct answer is: another release by Lightfoot with his incredible band.

Eric J. Greenberg is an award-winning reporter who has been writing about Lightfoot for many years in media outlets including USA Today, the Buffalo News, New York Newsday and the Village Voice. Eric and Gordon recently teamed up on a song called “Up in Buffalo” now available on iTunes. Amazon, Apple Music, Spotify and other streaming sites, under the name “Lightfeet.”